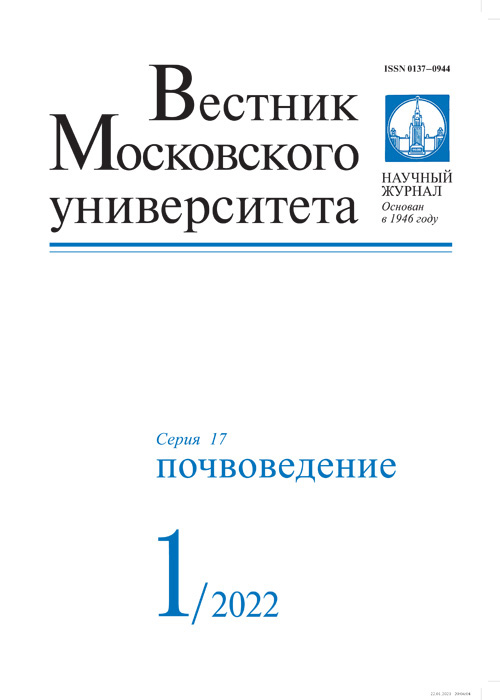 "Bulletin of the Moscow University. Series 17. Soil Science" is a scientific peer-reviewed journal that has been published in a separate series since 1977. The periodicity of the publication is 4 issues per year.

The journal publishes original articles and reviews on all fundamental and applied aspects of soil science. The editorial policy of the journal is aimed at presenting current research related to the understanding of the ecological functions of soils, as well as biological, chemical, and physical processes and interactions in soils, as widely as possible by subject and geographical scope.

Development and support of the MSU Publishing House
© 1977 - 2022. All rights reserved. When using any materials of the site, including graphics and texts, the active link to msu-soil-journal.ru required.